Rebekah Bradshaw, RM
I first became interested in midwifery during the time when my aunt was having children.  She chose the care of a midwife and introduced me to midwifery care in Ontario.  I was instantly attracted to this model of care because it aligned so closely with my own philosophies about women’s health care.  My interest in midwifery continued to grow as I completed my Bachelor of Science degree from McMaster University.  During this time I explored midwifery in Ontario and became better acquainted with this choice for pregnant women and their families.

After completing my first degree, I took a year off from my formal education and traveled to the south of Thailand where I volunteered as an English teacher in a small school.  This was an incredible experience of growth and learning which solidified my desire to become a midwife.  I returned from Thailand and entered the Midwifery Education Programme at McMaster University.

During my training as a midwife, I had the opportunity to work with both the Cambridge Midwives and the Stratford Midwives.  I also gained invaluable experience during clinical placements with an obstetrician, the nurses on a labour and delivery floor, a lactation consultant, and the nurses in a neonatal intensive care unit.

I am originally from Elmira, however, in 2002 my husband and I moved to Stratford so that I could complete my midwifery training and begin working with the Stratford Midwives.  It has been a great privilege over the last 16 years to be a part of the lives of so many women and their growing families.  My family and I truly enjoy the community in Stratford, with it's own unique blend of people from many different backgrounds and walks of life.  Since moving to Stratford, we have also welcomed our 2 daughters into our family; both born at home into the hands of midwives.  I feel truly honoured to do the work that I love in this community.

I prepared to become a midwife by finishing my education and by volunteering as pregnancy, labour and early parenting support with young women in my community.  I also provided breastfeeding support through Public Health.  I was pleased to spend much time as a midwifery student learning from women of many different backgrounds. During clinical placements in the Midwifery Education programme at Ryerson Polytechnic University I had opportunity to learn about women’s health, about newborn illness and labour and delivery in high risk situations.  I graduated the programme with honours in June 2004 and was hired to tutor midwifery students through the science classes.

Stratford offers my family the same strong sense of community that we created in Toronto with our neighbourhood pet food shop and we are very excited to be living in such a beautiful part of Ontario.  I especially look forward to continue working with women and their families, creating relationships and participating in our new community.

Natalie Espinet, RM
I am originally from a small town, Dunnville Ontario, just outside Hamilton. I moved to Toronto and worked as a nanny before attending Sir Sandford Fleming College in Peterborough where I became a massage therapist. I returned to Toronto to practice massage therapy and continued to nanny.
​
My passion for holistic healthcare and women’s health led me naturally to midwifery, and the more I learned about it the more I needed to be a part of this profession. I graduated from Ryerson University Midwifery Education Program in 2009. During my training I have worked in the Niagara Region, Stratford and Peel region. In addition to working with midwives I have also gained experience in a lactation clinic, neonatal intensive care unit and on labour and delivery in a busy tertiary care hospital. I returned to Stratford and was happy to join Stratford Midwives in November 2009 as a Registered Midwife!

Caitlin Keelan, RM
I am a graduate of the Midwifery Education Program at Ryerson University.  Prior to beginning midwifery studies I completed a B.A. in Spanish, worked in services for students with disabilities and then taught English in Japan for several years.  After the birth of my son I began to consider a career as a midwife, something I had dreamed of since the profession became legislated in Ontario in 1993.

We returned to Canada in 2007 so that I could begin the Midwifery Education Program.  During the program I completed placements at various hospitals and clinics in the Greater Toronto Area. Having spent my childhood years in Perth County, I am very happy to have relocated away from the big city and closer to my family in Stratford.

To me, midwifery is a vocation that allows me to use my head, my heart and my hands. I believe strongly in the principle of informed choice in healthcare and in the transformative power of birth and parenthood. I very much look forward to meeting you and sharing your family's journey.

Evelyn Kobayashi, RM
My journey began in far away Manila, with stops in Singapore and Toronto. After obtaining degrees in Midwifery/Nursing in the Philippines and Singapore, I worked for twenty five years in this capacity.

In Toronto, I completed a PSW (Personal Support Worker) Certificate at Medlink Academy of Canada and worked in a nursing home.

In 2011, I successfully completed the IMPP (International Midwifery Pre-registration Program) at Ryerson University in Toronto and became registered with the College of Midwives of Ontario.

I achieved a Surgical Assistant Certificate at McMaster University and I am also a Certified Breastfeeding Specialist.
​
My search for a midwifery practice and a nice place to settle with my family, led me to Stratford. I was captivated instantly by this beautiful and vibrant city and have made this my home since 2011.

As a mother, I have exercised utmost patience and care as well as sympathy and understanding. These traits will always be the hallmark of my midwifery practice.  I am extremely proud to be a member of the Stratford Midwives .

Justine Wilson, RM
I was born and raised in London, Ontario. It was not until my second year at McMaster University, while I was completing my Bachelor of Sciences degree, that I was introduced to Midwifery. I always knew that I wanted to be involved in pregnancy and birth and as I learned more and more about the midwifery profession, I realized how much my personal philosophies aligned with the midwifery model of care. I felt that midwives were healthcare providers who empowered women and valued informed choice, and I wanted to be a part of that. I finished my degree at McMaster and took a year off from post-secondary education during which I volunteered at London's Sexual Assault Centre and worked part-time at a midwifery practice in London in an administrative role.

​In 2011, I was accepted into Laurentian University's midwifery program. There, I spent four years learning how beautiful normal birth can be and what a privilege it is to be part of a woman's birth experience. I was fortunate enough to spend four months of my training with Stratford Midwives and in my final year, nine months with Guelph Midwives. In addition, I attended one-month placements with an Obstetrician, Neonatal Intensive Care unit Nurse Practitioner, Lactation Consultant, Perinatal Naturopath and a Labour and Delivery Nurse. These placements taught me the importance of interprofessional relationships and collaborative care. I am so thrilled to be back in Stratford and a part of the Stratford Midwives team. I look forward to being a part of your pregnancy, birth and postpartum journey here at Stratford Midwives.

Ashley Flello, RM
I am a graduate of the Midwifery Education Program at Laurentian University. I am deeply grateful for the families I have worked with in both Collingwood and North Bay during my placements.

Before starting midwifery school, I graduated in 2010 with a Bachelor of Science in Nursing. I have worked as a Registered Nurse both in and out of hospital, focusing on disease management in a home care setting. After the birth of my wee one (caught by midwives, of course!) I decided to follow my longstanding goal of pursuing midwifery.

I was born and raised in Vancouver, BC, and moved to Thunder Bay, ON in 2002. When I’m not catching babies or trying to keep up with my busy toddler, I enjoy reading, cooking, and spending time with my partner as well as my unflappable cat, Peaches.

​Pregnancy and birth is a transformative time, and I am looking forward to supporting you and your growing family during the many changes that are to come. 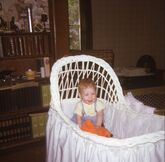 Leanne McInall, RM
I used midwifery care with my second pregnancy and birth. The experience was so profound I realized this was the career path I had been waiting for.  I returned to school after a number of years working in business as well as providing home daycare while my three young children grew to school age.  During this time, I also worked as a doula attending births in a supportive role.

I graduated from the Midwifery Education Program (MEP) with honours in 2012 from McMaster University. Previous to this I completed a degree in Psychology and a post grad in Human Resources.  I was first introduced to Stratford Midwives as a midwifery student and completed a placement in 2010.  Having grown up in a small town, I have had a desire to return to a smaller community and with an interest in food and theatre Stratford has a lot to offer!

Since graduation, my work experiences include working in Middlesex, Oxford and Elgin counties as well as working in the remote North in Canada with a team of midwives and students. I am actively involved as a preceptor and enjoy teaching and learning with our students.

Supporting families at such an important and exciting time in their lives is a privilege. Every client I meet has her own story and her pregnancy and birth are unique. This is what makes the job so rewarding!  I look forward to meeting you and your family.
Stratford Midwives
386 Cambria Street, Unit 101
Stratford, ON N5A 1J4
519-271-3490
stratfordmidwives@gmail.com​